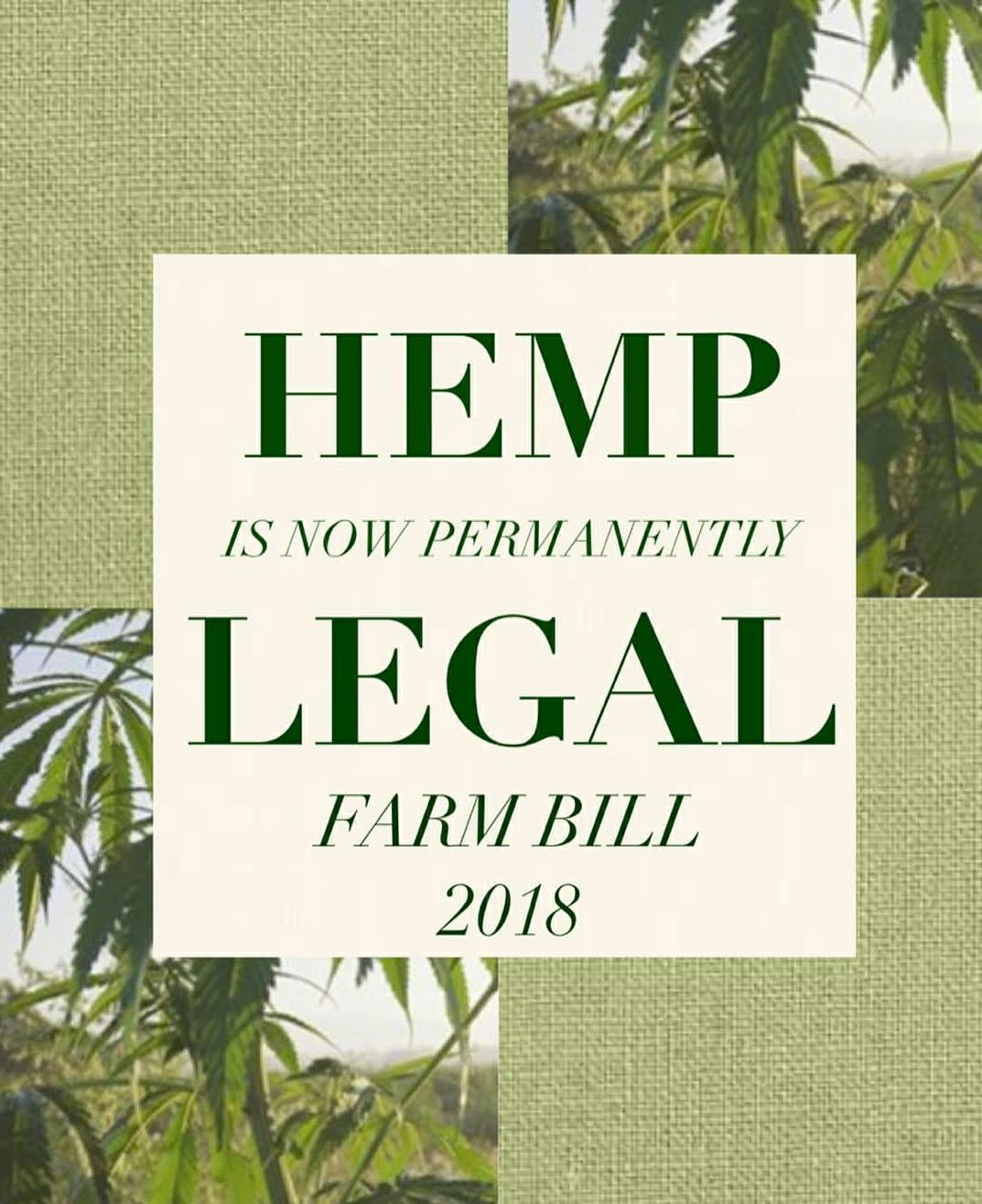 BREAKING NEWS!! HISTORY HAS BEEN MADE!!

The Farm Bill has been signed into law and the era of hemp prohibition is over!

The 2018 Farm Bill that overwhelmingly passed in the U.S. Senate was signed into law today!

So, what does this mean??

According to Forbes.com, for hemp growers and CBD-product manufacturers the big news is hemp will no longer be equated under drug laws with its psychotropic cousin, marijuana. Industry-watchers wonder what this step could mean for future cannabis legalization.

Under the new laws, hemp would be managed by Department of Agriculture as a crop rather than by the Justice Department as an illegal substance

Ed Schmults, chief executive of the multi-state cannabis grower Calyx Peak said the new law could reduce the price of CBD in the market for consumers and producers. “Hemp offers a lower cost option for CBD — hemp is easier to grow than cannabis,” he said.

• Interstate commerce of hemp and hemp products is allowed

• Hemp farmers will be allowed to buy crop insurance for the first time.

• Hemp futures can be traded for the first time, locking in prices for farmers

• Help research will be allowed for pharmaceutical uses as well as for health, wellness and general nutrition, opening the doors for much more testing

Until now, for the most part, CBD product manufacturing and shipping across state lines has operated with little interference. In 2017, the FDA issued warning letters to several CBD companies, but those referred to health claims the companies were not allowed to make or dosages the companies claimed that were incorrect.

As public acceptance of CBD and marijuana products grows, public figures and lawmakers are changing their stance on the topic. Democrat Joe Kennedy, a Massachusetts congressman, had voted in the past against House amendments that allowed medical cannabis use. Recently he wrote an op-ed that said, “I believe legalization is our best chance to actually dedicate resources toward consumer safety, abuse prevention, and treatment for those who need it.”

Republicans are also supporting the idea. Hemp can be grown on tobacco fields like those in Kentucky, the state Senate Majority Leader Mitch McConnel (R) hails from.

Schmults says the Farm Bill signifies the US Government’s continued evolution on the topic. “We think the tide has turned significantly in America’s stance on cannabis decriminalization and this Farm Bill is a key first step towards this milestone.”

Want to know about our offers first?

This product is not for use by or sale to persons under the age of 18. This product should be used only as directed on the label. It should not be used if you are pregnant or nursing. Consult with a physician before use if you have a serious medical condition or use prescription medications. A Doctor’s advice should be sought before using this and any supplemental dietary product. All trademarks and copyrights are property of their respective owners and not affiliated with nor do they endorse this product. These statements have not been evaluated by the FDA. This product is not intended to diagnose, treat, cure or prevent any disease. Individual weight loss results will vary. By using this site you agree to follow the Privacy Policy and all Terms & Conditions printed on this site. Void Where Prohibited By Law.